The content of this document applies to the SEPA Direct Debit Core Scheme Rulebook (SDD Core) and to the SEPA Direct Debit Business to Business Scheme Rulebook (SDD B2B), if not otherwise stated. Some direct debit transactions require exception handling, because one of the parties involved does not or cannot process the collection in the normal way. This exception handling involves the sending of messages called R-transactions because their names all start with an R: refusals, rejects, returns, refunds, reversals. The definitions of the various SDD R-transactions are outlined in section 4.4 of both SDD Rulebooks. The type of SDD R-transaction used depends on the point in time in the processing chain at which the R-transaction is initiated or sent as well as on the party initiating or sending the R-transaction. The process of exception handling starts at the point in the process where the problem is detected. It is important to note that a SDD Scheme Participant must channel rejects, returns and refunds of SDD collections through the same CSM used for the clearing and settlement of the initial SDD collection, unless otherwise agreed between the SDD Scheme Participants (see last paragraph under section 4.4 of both SDD Rulebooks). The R-transactions presented within the SDD Scheme must be processed within the timeline described below (R-transaction scenarios under SDD Core and SDD B2B): 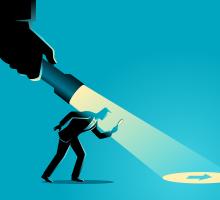