For many years, many mid-sized European companies have accessed the US Private Placement (USPP) market, making up a significant proportion of its nearly $60 billion of annual issuance. The popularity of private placements has accelerated since the onset of the financial crisis, with markets in countries such as France and Germany providing borrowers with a local solution. However, until now, there has been no pan-European private placement market. The demand for private placements is set to increase as the EU’s approximately 200,000 mid-sized companies look to diversify their sources of funding away from the traditional bank loan market, and view private placements both as an alternative and as an intermediate step towards the listed bond markets.

The Guide builds on existing practices and documents used in the European bond and loan markets, especially the Charter for Euro Private Placements developed by the Euro PP Working Group, a French financial industry initiative. It is expected that the Guide will:

2)      Grow the European investor base for private placement transactions, and

3)      Lower operation costs by promoting the use of standardised PEPP transaction documentation (recently released by the Loan Market Association and the Euro PP Working Group).

The objective is that most European private placement transactions will eventually use the Guide as the market standard. Going forward the PEPP Working Group will be further looking amongst others to promote investor-side incentives for PEPP financing and to lift remaining obstacles to its development.

The release of the Guide has been welcomed by the official sector in Europe with the following comments:

Michel Sapin, French Minister of Finance, said: “The Guide presented today by ICMA, which builds on existing standards - like the Euro PP Charter, launched in Paris in April 2014 - is a key element to foster the development of a private placement market in Europe. This should be one of the building blocks of the Capital Market Union."

Christian Noyer, Governor of the Banque de France, said: “Building on the Charter for Euro PP, the European Guide is a new milestone for the emergence of a private placement market in Europe and the diversification of financing sources for the real economy. All Paris financial center stakeholders played a major role in the success of this initiative. I take this opportunity to reaffirm Banque de France’s support for this endeavor".

Fabio Panetta, Member of the Governing Board and Deputy Governor of the Bank of Italy, said:“Bank of Italy welcomes the launch of the Pan-European Corporate Private Placement Market Guide. It is a useful tool for developing a European private placement market for corporate debt and, consequently, for broadening and diversifying sources of funding to the European economy. An efficient private placement market widens the range of alternative finance available; it can play an important role especially for mid-size firms, complementing bank lending to these firms and rebalancing their funding sources.”

Andrea Leadsom, Economic Secretary to HM Treasury, said “With the government and the industry working together, the barriers that seem to have held back the private placements market until now are rapidly being dismantled.  In December, we announced a new exemption from withholding tax for private placements.  In January, the Loan Market Association published standardised documentation.  Today, ICMA’s guide gives a further boost to this emerging market by setting out common market standards and practices. With six major institutional investors now committed to invest around £9 billion in private placements and other direct lending to UK companies over the next five years, following our action at the Autumn Statement, we are starting to see the beginnings of a lasting private placements market, which will support growth in the UK and across Europe”.

ICMA and participants in the PEPP Working Group commented:

Martin Scheck, ICMA Chief Executive, said: “The Guide is the result of a remarkable collective effort of the PEPP Working Group, bringing together major institutional investors, banks and key industry bodies as well as official observers, to establish internationally recognised market standards for PEPP transactions. The PEPP Working Group will continue its work supporting the development of a fully-fledged PEPP market.”

Colin Tyler, ACT Chief Executive, said: “The Guide will be a big help in communicating with and within mid-sized corporates about an alternative source of finance. For potential mid-sized issuers that have not used private placements before, it will give confidence that there are clear paths to issuing – it is not venturing into wild-West territory.”

Hervé Labbé, Vice-President of the AFTE, and Alexandre Akhavi, Chairman of the AFTE's Legal Committee, said: “Building on the Charter for Euro Private Placements, the European Guide is a significant step forward to boost the access of Europe’s mid-cap companies to the financing market. The AFTE (French Association of Corporate Treasurers) is proud to contribute to the further development of infrastructures for the pan-European private placement market. Our members are composed of numerous mid-sized companies, who will find in this Guide a useful and efficient working tool designed to enhance - and even initiate - their access to such a market.”

Daniel Godfrey, Chief Executive of The Investment Association, said: “The Investment Association is delighted to support the publication of the Pan-European Private Placement Market Guide. Common market standards for European private placement transactions will remove a major barrier to the development of the private placement market in the UK and Europe. Our members are major investors in UK businesses and, having worked closely with members and Government on the proposed withholding tax exemption for privately placed debt in the UK, in December 2014, we were able to announce that five institutions intend to make investments of around £9bn in private placements and other direct lending to UK companies.”

Arnaud de Bresson, Managing Director, Paris EUROPLACE, said: "Euro Private placements offer an efficient 6 to 7 years financing solution to all European mid-sized companies and will accompany the return of the economic growth in Europe. The establishment of internationally recognized market contracts and standards is essential to build a competitive PEPP market and Paris EUROPLACE welcomes ICMA’s initiative to launch this Pan-European Corporate Private Placement Market Guide. By gathering investors, intermediaries and issuers, as well as Public Authorities, to build a consensus on the establishment of this documentation, the French financial center has shown its commitment towards the development of a competitive and efficient European private placement market. Paris EUROPLACE intends to remain engaged in this endeavor.”

The Guide sets out :

The French and German domestic private placement markets issued approximately €15 billion of debt in 2013 in addition to a further $15.3bn raised in the USPP market by European companies. S&P research indicates that there is €2.7 trillion of debt that will need to be refinanced by mid-sized companies between now and 2018, at a time when banks continue to retreat from long term lending markets. There is as yet no pan-European private placement market.

This initiative benefits from the support of the official sector participating in an observer capacity (including the Banque de France, the Bank of Italy, the French Trésor and HM Treasury).

ICMA represents institutions active in the international capital market worldwide and has around 470 members located in 55 countries. ICMA’s market conventions and standards have been the pillars of the international debt market for almost 50 years, providing the framework of rules governing market practice which facilitate the orderly functioning of the market. www.icmagroup.org 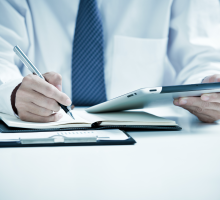