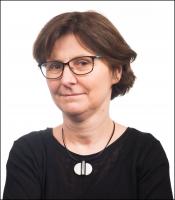 Agnès Bénassy-Quéré is a Professor at the Paris School of Economics - University of Paris 1 Panthéon-Sorbonne, and a Non-resident fellow at Bruegel. She is also a Member of the French macro-prudential authority, the board of the Banque de France, a fellow the Institute for the Study of Labour (IZA) and a member of CESIfo. From 2012 until 2017, she chaired the French Council of Economic Advisors. Prior positions include Director of CEPII, the French research institute in international economics (2006-2012), and academic positions at École Polytechnique, the University of Paris-Ouest and the University of Lille 2. Her research interests focus on the international monetary system and European macroeconomic policy.